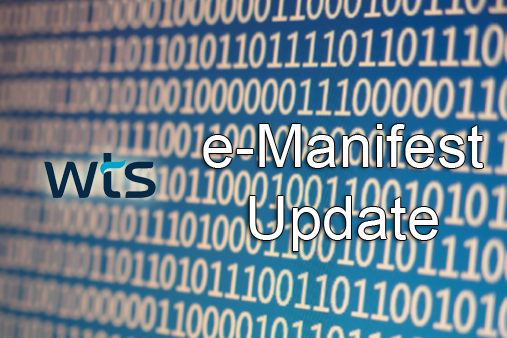 It has been some time since WTS has sent out an e-Manifest update. The reason for that is that there is virtually no news to report! However, here is some information to consider: